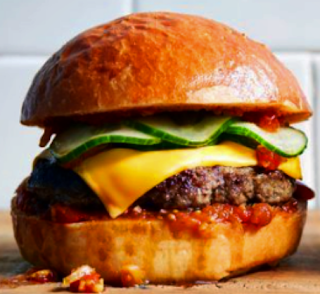 The BEST BURGERS EVER !!!
RECIPE
. 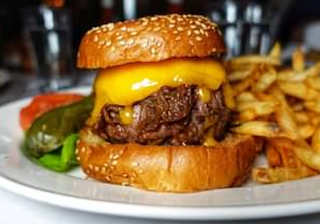 MINETTA BURGER
GOOD, But Not The BEST
“THAT GOES to BELLINO”
.
.

.
.
The BEST BURGERS I’VE HAD in NEW YORK
Cooked by Me at my Home in GREENWICH VILLAGE NYC
with BLACK ANGUS BEEF PATTIES
from WAYSIDE MARKET SOUTHOLD NEW YORK
NORTH FORK of LONG ISLAND
.
.

As JULES WINFIELD WOULD SAY
“A DAMN TASTY BURGER”
.
.
.

A DAMN TASTY CHEESEBURGER
Recipes
The 101 BEST BURGERS in AMAERICA !!!!  According to TheDailyMeal … Read It !  It’s an exhaustive study of The Best Burgers in America.
WORLD’S 50 BEST BURGERS, according to BigSevenTravel.com
.
.
#BestBurgerNewYork by #BELLINO
#DanielBellinoZwicke
#BestBurgersNewYork
#BellinoMakesNYbestBURGER
.

Hello All ! I'm Daniel Bellino "Z" Best Selling Italian Cookbook Author and Publisher of Positano The Amalfi Coast ... I have traveled the World extensively and have been going to: Napoli, Capri, Positano, and The Amalfi Coast of Italy Since 1985 ... I live and write in New York's Greenwich Village. I am the Best Selling author of such Books as : SUNDAY SAUCE , The RAGU BOLOGNESE COOKOOK, The FEAST of The 7 FISH, and the soon to be released POSITANO - Capri The Amalfi Coast , a book that tells stories of Napoli, Capri and Psoitano, and is part Cookbook of Regional Dishes of the area, as well as being a Guide Book of this region of Italy. I have been a Restaurant and Wine Professional for more than 30 Years, and I Created America's 1st Ever Venetian Wine Bar (Bacaro) in 1997, in Bar Cichetti, where I was the Head Chef / Wine Director and Managing Partner. View all posts by Daniel Bellino